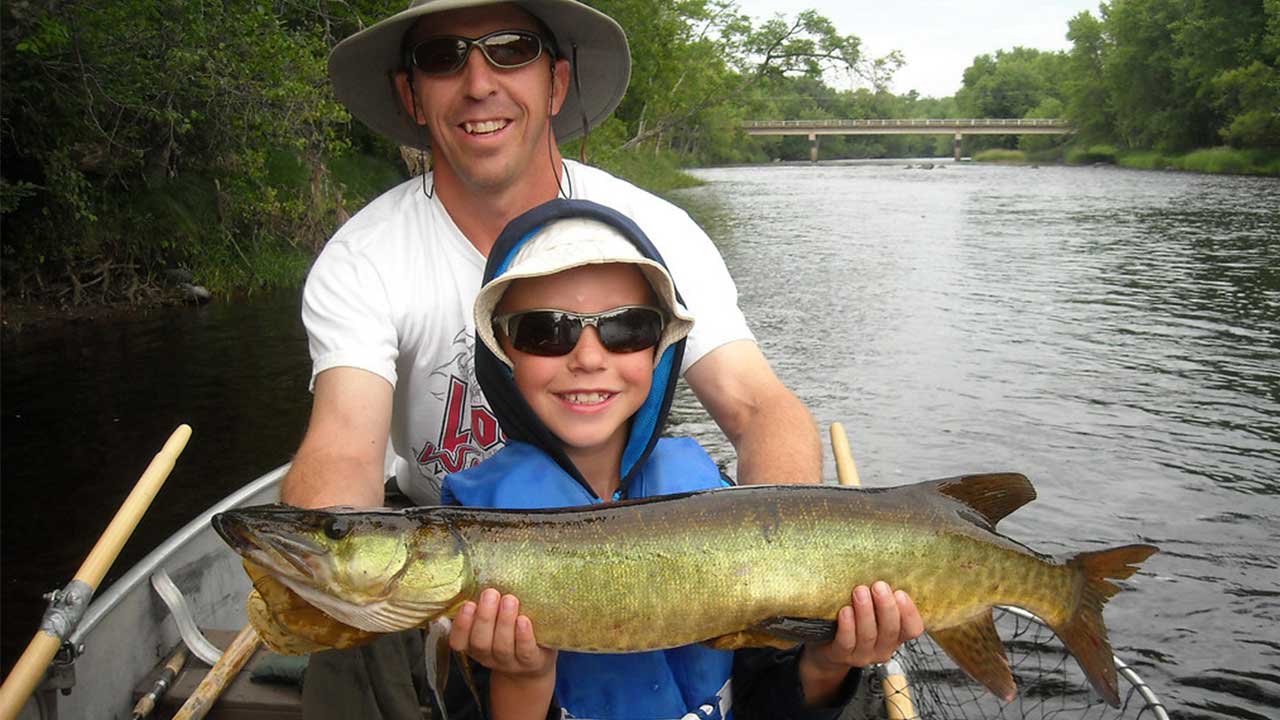 Muskie fish or generally referred to as the ‘muskellunge fish’ is a rare species of fish commonly found in freshwaters of North America. The muskie is the largest member of the pike family and found very scarcely.

Muskie are summit predators! They measure two to four feet long and tip the scales at 15 to 36 pounds. In some cases, anglers have stumbled upon huge muskies with a length of six feet and weight of 70 pounds, with females commonly being the trophy fish.

Due to its hint of light green colour with a distinct pattern of stripes and spots, the muskie is well camouflaged close to the vegetation making it difficult to spot.

Anglers also refer the muskie fish as the ‘ugly fish’ because of its unappealing look. So, you might wonder, are muskie fish edible?

The answer is yes! Muskie fish are absolutely edible! The taste, however, differs from each individual’s perspective. Some people find the taste of the muskie similar to a bass fish whereas some people find the fish tasteless. It all depends on the way you cook the fish.

So read on to find out the different recipes for cooking the Muskie fish to bring out the most exquisite taste possible!

Some Characteristics Of The Muskie Fish

How To Catch A Musky?

You can catch the Muskie fish in two primary ways, either by trawling or angling. Both of them require basic fishing knowledge.

Angling is a technique that has a higher success rate of catching the muskie fish. You need the appropriate lures and a sturdy pair of fishing rod and reel to withstand the pressure of the massive musky fish.

There are some additional factors you need to consider before opting to catch a muskie fish. Some of them are

This factor is especially crucial if you are opting to use the trawling technique. You need to understand the depth of the water and the density of water weeds to prevent your fishing gear from getting damaged and having a higher success rate of catching a muskie.

Muskie fish are generally larger and more aggressive than regular fish. Thus a weak fishing line can easily snap under the pressure of these feisty fish. Be sure to use strong braided fishing lines that do not break easily.

Size Of The Fishing Lures

The muskie fish are more prominent and can eat any freshwater fish or rodents. Thus the appropriate bait size for Muskie fishermen is between 8 to 12″. However, these fish turns out to be exceptionally lazy in cold water, making them vulnerable. You may use crankbaits or other smaller baits to catch them efficiently.

How To Clean The Muskie Fish?

Muskie fish come from the pike family, and like pike fish, they are a pain to clean. Their flesh contains Y-shaped bones that make it difficult to fillet.

If you are new to pike fish, then cleaning the muskie can be a hassle. Several videos on youtube can guide you to clean the muskie fish if you are a novice. However, for frequent anglers, cleaning will not be much of a hassle.

Ways To Cook The Muskie Fish

You can cook the Muskie fish in three particular ways.

The first step is to clean the muskie fish properly in a bowl using tap water. Do this step repeatedly to remove all the unwanted germs on the body of the fish. Then cut the fish into smaller pieces and use the lemon sap to marinate the fish. Leave the fish for an hour.

Then take a pan and heat some oil in it. After the oil reaches its heating point, place the pieces of fish into the pan and stir it continuously until all sides of the fish turn brownish. When the fish turn brown, remove the portions, and serve the fish with your preferred beverage.

Firstly preheat the oven and set the temperature to 150-degree celsius. Then clean the muskie fish properly in a bowl using tap water repeatedly. After washing, cut the fish into smaller pieces and place them in a bowl. Use the essential seasoning and marinate the fish. Now place the pieces of fish into the baking pan and put them in the oven — heat for 10 minutes. Then take out the fish and serve it with your favourite sauce for tasting this delicious cuisine.

The first step is to heat the gas grill to medium heat. Then brush some oil into the grill to avoid stickiness. Next, wash the muskie fish properly in a bowl using tap water repeatedly. After washing, cut the fish into smaller pieces and place them in the grill and add seasonings. Be sure to grill both sides appropriately to bring out the best taste of the fish.

Ingredients For The Muskie

Ingredients For The Tropical Sauce

The first thing to do is to preheat the oven to 350 degrees Fahrenheit. In the meantime wash the Muskie fish and cut them into small muskie fillets. Then add some butter to a small bowl and heat it in the microwave once the butter melts, mix it with lime juice and place the Muskie fillets into the mixture and stir continuously. Bake the fish for 10 minutes and then turn the fish over and bake for an additional 10 minutes. Once done, serve the fish with the tropical sauce.

For the tropical sauce use ⅔ cups of Marmalade, ½ cup of pineapple juice, two spoons of horseradish,¼ tsp of garlic powder and ¼ tsp of coriander and heat them on a pan. Use medium heat and cook for about 5 minutes. Then turn the heat low to keep the sauce warm.

Firstly, chop the pecans finely using a knife. Now take a large bowl and combine the pecan with shallot, butter, white wine, lemon and a pinch of salt and pepper for seasoning flavour. Now place the musky fillets in the pecan mixture and make sure the mixture sticks well.

Now heat the peanut oil over medium heat. Add the mixture added musky fillets for about 4-5 minutes on all sides until the fish glows into a golden brown colour.

The first thing we need to do is to pre-cook the muskie fillets. We can do this by wrapping the muskie fillets in an aluminum foil and place it over a pot of boiling water and steam for about 10 minutes. After ten minutes, cut the fillets into medium-sized pieces using a knife.

Then take a small bowl and mix all the essential ingredients. Then add all the fillets into the wet mixture and stir appropriately. Then cover the mixture and leave it in the refrigerator for an hour.

After an hour, form the mixture into eight ⅓ mounds, forming into eight patties. Then take a skillet and heat the oil upto 350 degrees and add the muskie cakes into them. Then cook it over medium heat until the cake turns golden. Serve the delicious cuisine with your favourite beverage.

Since the musky fish is rarely found and caught, a question often pops into an angler’s head thinking whether they can eat the musky fish or not. You absolutely can! In fact, if you cook them properly, they have a fantastic taste that will compliment your taste buds.

As long as you take the necessary precautions and cook them with the proper method, the musky fish can be an excellent cuisine to add to your table!