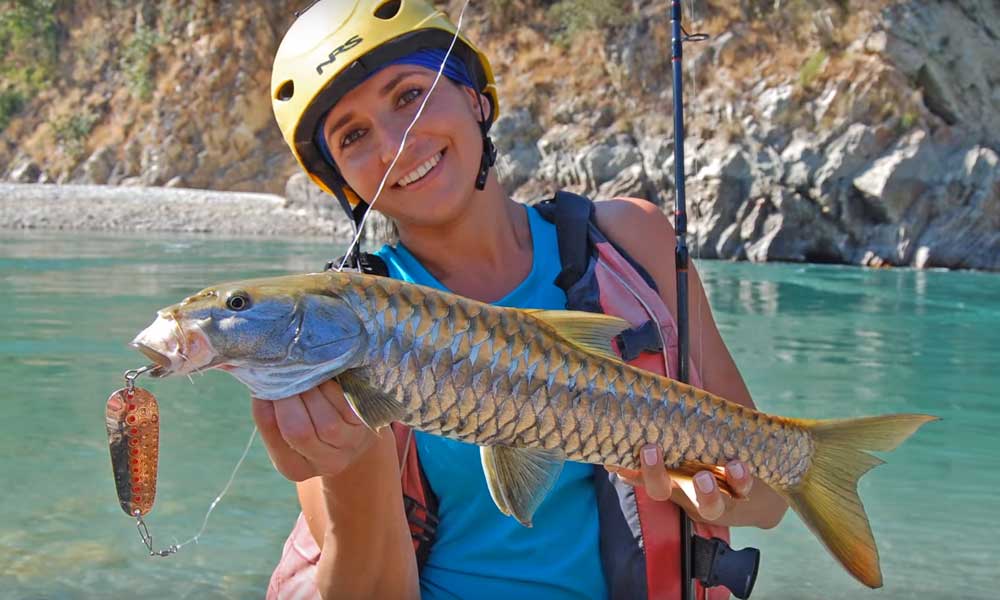 There are nearly 200 species of fishes dancing in the Himalayan rivers and lakes in Nepal. Among all the varieties found in Nepal, around 190 are the indigenous species whereas the others are and remaining are exotic species. Some of the major fish breeds in Nepal include Silver carp, Bighead carp, Grass carp, Rohu, Catla, Mrigal, Brown trout, and Rainbow trout.

“The Himalayan Mahseer”, is the most popular species of fish found in the rivers of Nepal. The other species like Goonch fish and illusive catfish are also amongst the most sorted fishes for angling in Nepal.

The Himalayan rivers in Nepal are the most amazing habitats of most of the fishes. In Nepal, sport fishing is also equally popular. You can go fishing in the beautiful rivers like Trishuli, Marshyangdi, Betrawati, Indrawati, Karnali, and Koshi. While fishing, one must take care of the aquatic species like Dolphins and Crocodiles. They are mostly found in Koshi, Rapti, and Narayani river.

The time between June and July is monsoon in Nepal. Monsoon receives heavy rainfall. Thus, the rivers flood with turbulent muddy water during this time. Hence, monsoon is not a good time for activities like fishing in Nepal.

Popular Places for Fishing in Nepal

Fishing is possible in many beautiful swiftly flowing rivers in Nepal. Nepal is the second richest country in terms of natural water resources in the world. There are three major river basins in Nepal. Koshi originates towards the east, Narayani is the central one, and towards west is the Karnali.

Some of the places that are popular amongst the enthusiast anglers are Karnali river, Babai river, the confluence of Narayani and Rapti river in Chitwan, Dolalghat, and at the lakes in Pokhara.

Nepal, due to its diverse topography offers different fishing experiences. Fishing in the mountain streams really is gratifying. Whereas if you are fishing in Terai rivers, you will catch the large fishes. You will catch large catfish, murrel and carpsince they are found in abundance there.

What Should I Bring for Fishing in Nepal?

There are lots of anglers who go fishing if they have some spare time in Nepal. If you want to plan a fishing trip in Nepal before you come here, you can bring fishing gears like fishing reel, fishing rod, fish finders, and some other lightweight gears.

However, if you want to buy or rent the fishing gears, you can find them at various shops in Nepal. 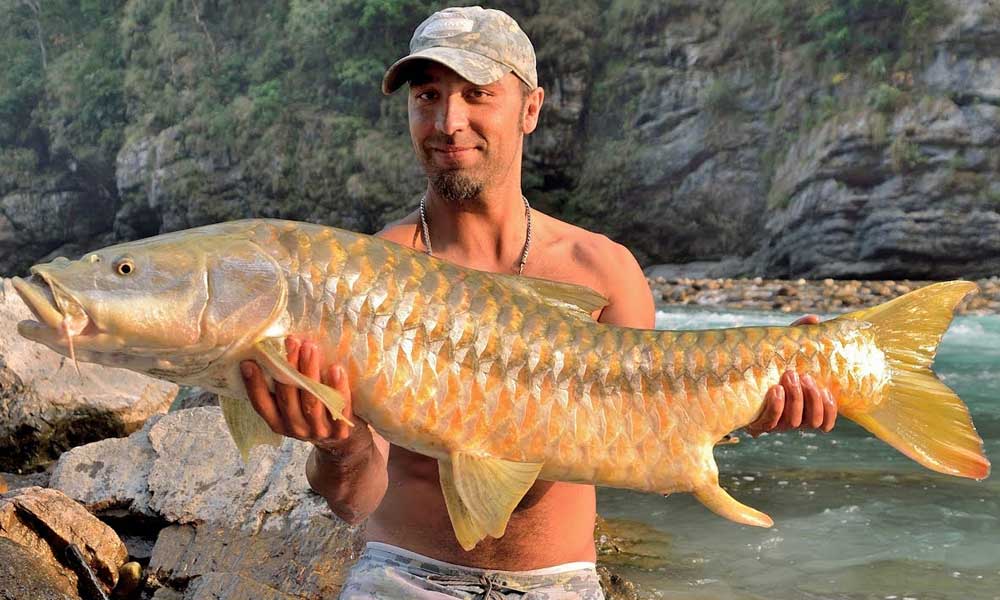 Golden Mahseer is one of the most popular species of fish for Himalayan fishing in Nepal. They are edible fish. People call it the tiger of fishes. The Mahseer fish is found in the clear rivers in the Nepalese Himalayas. The fish is easily characterized by its thick scales, powerful jaws, and a large protrusible mouth. An adult Mahseer fish is golden on the dorsal side whereas its fins are reddish-yellow in color.

Mahseer fish is found in highly oxygenated rivers. Golden Mahseer fish is omnivorous. It eats small fishes, insects, and algae inside water. A single Mahseer can weight up to 50 kg and more.

Mahseer fish is the toughest sport fish. They are highly intelligent and will swim away if you reach a distance of about 50 to 75 feet from them. Once they realize that an angler is close, they stop feeding.

Bardia National Park is a well-known place for Mahseer fishing in Nepal. The Bardia River is a pristine freshwater river. There is a large number of Golden Mahseer in the river. You will see them coming out of the clear water and splashing under. Here, the local agents organize guided fishing. Some try their luck in the lakes in Pokhara. Anglers use baits and spoons to fish them. Mahseer fishes are popular for fly fishing as well.

Fly fishing is a fishing method in which a lightweight fishing lure is used to catch fish. To cast the artificial fly, you will need good casting techniques and casting materials like a fly rod, reel, and specialized weighted line.

Fly fishing in Nepal is freshwater fishing. Fly fishing is most popular in the Budhi Gandaki River. This river originates from the snowy Himalayas in Nepal. Fly fishing in the rivers is done for species like Himalayan Mahseer, trouts, carps, and catfish.

Some Fishing Trips in Nepal

While fishing in the Trishuli river, you will not only fish but will also do exciting camping adventure on the riverbank.

Bheri River is one of the best rivers in Nepal for fishing trips. The river originates from the Dolpo region and joins Karnali cutting a wide valley. Bheri river flows through the Chure range into Bardiya National Park in Terai region of Nepal.

Tamur River For fishing tours and river trips, Tamur River is an ideal choice. This is the sixth largest river in Nepal originating from Mt. Kanchenjunga. The river is popular for Kayak fishing, rafting, and edge fishing. During this fishing trip, you can enjoy the mesmerizing view of Tamur valley. The fishing experiences in the Tamur river are amazing.