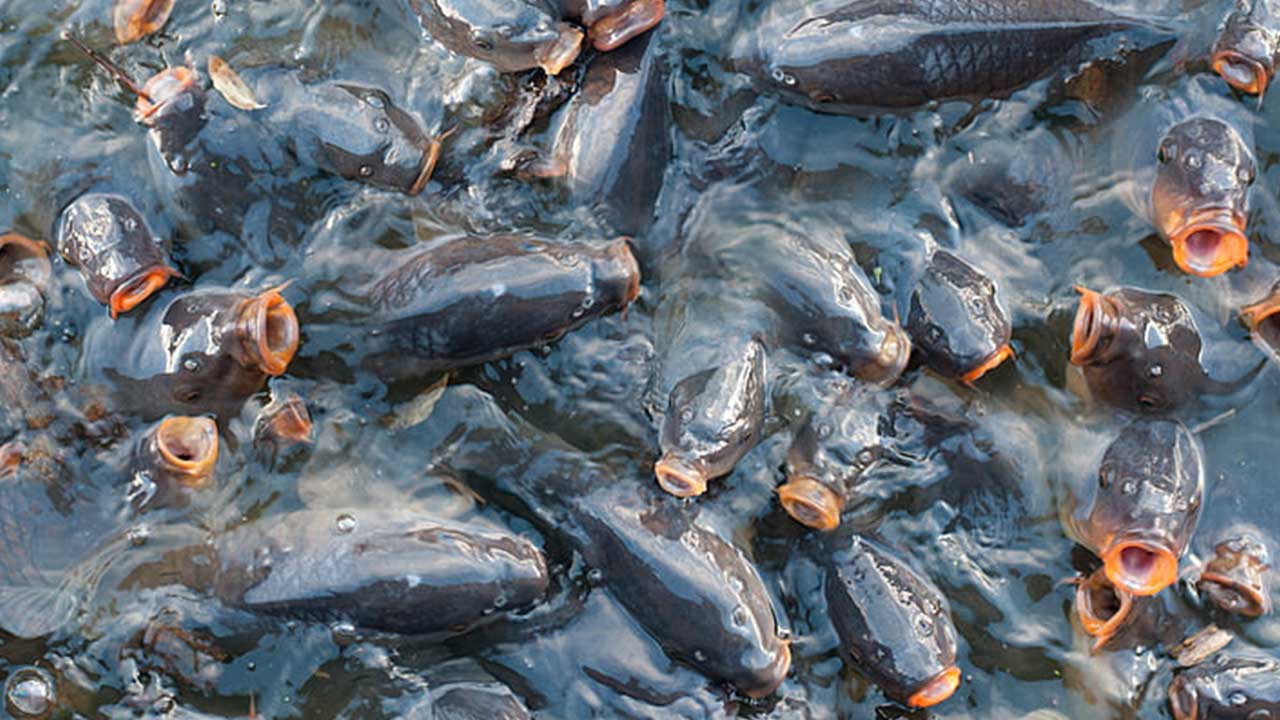 Catfishes are monstrous species of fish lying deep in freshwater. Illinois is one of the famous destination to find catfish. They develop enormously and taste extraordinary. Also, they aren’t like your typical fish and set up a hell of a battle while attempting capturing them.

The word catfish comes due to its resemblance to that of a cat’s whiskers. Catfishes range from different sizes and behavior, and you can find them in the waters of all the continents except Antarctica. Although widely found, they are highly underrated and only a few anglers attempt to hunt them because of their rough nature during fishing.

Due to their rough nature, many people fear that catfish might sting or bite you. Well, do they?

Let’s get all the confusion cleared; catfish do not sting! Neither do their whiskers or barbels. However, they can cause some discomfort while holding it, especially if you get finned by their extended spines!

Thus, this article helps to guide you on how to hold a catfish appropriately so that you do not cause any discomfort and avoid getting finned on your hands while holding them. After all the glory of fishing comes when you can hold the fish you’ve hunted like you own it!

Now let’s dive into it!

Ways of Holding A Catfish

Holding it in a Flat Surface

This technique requires extreme precision and accuracy. Without proper caution, the spikes of the dorsal and side fins can cause injuries.

This technique involves flipping the fish over and wrapping your hands tightly around the fish as the fish wriggles around. Use your fingers on either side of one of the fins, and your thumb underneath the other fin. It helps to secure the grip more tightly.

Make sure to utilize a firm and relentless hold to keep the fish from squirming around. Constant flipping of the fish could prompt injuries.

This technique is only appropriate for little catfish. For bigger catfish, you need to utilize both your hands and place your fingers as instructed above. Bigger catfishes need a better grip as they apply more competitive pressure than smaller catfish.

Holding it While Unhooking

If you want to remove the fish from your hook, firstly grip its tail at the bottom with one hand and use the other side to hold the string at the mouth. Make sure that the fish is at an appropriate distance from you or anybody else around you.

Grasping the fish at its tail balances out your hold on the fish and shields it from moving about. When you have solidly held the tail, run your hand up the body of the fish until you reach its pectoral fin and lean your hand against it.

After reaching the pectoral fin, you can remove the hook from the catfish’s mouth. This technique is best for managing bigger catfish.

If you are still unsure about your gripping abilities or just a novice angler, the best thing to do is to use a protective cover on your hands that shields you from the fins of the catfish. You can use a glove or a towel for this purpose.

Although the grip with gloves is not as sensitive as you get with bare hands, it lessens the odds of the fines getting into contact with your skin. All things considered, it is smarter to protect yourself than be sorry!

The technique is suitable for both small and big catfish and is very easy to execute, making it perfect for novice anglers.

You should be extremely cautious while releasing the catfish if you want to avoid getting finned. You might want to release the fish on board or back in the water. In any case, to release the catfish, bring it down to the water level and lose your grasp in a slow movement. Avoid brushing your hands on the fish’s back. It can provoke injuries!

Factors To Consider Before Holding A Catfish

Size Of The Fish

The size of the fish plays a massive role in the method of holding the catfish. Little catfish are much simpler to hold with one hand, yet they are more likely to squirm under your grasp than bigger ones. Smaller catfish have greater and sharper spikes.

On the other hand, bigger fish though slower need to handled with extreme care and precaution as you can get finned by their large fins.

The strategy of fishing does indeed determine the steps you should take to handle the catfish. If you use line and hook for catching catfish, then you need to have the proper idea of when to unhook your catch. If not, you don’t have to stress over removing the hook from the fish’s mouth

Holding a catfish requires a very sturdy grip. You shouldn’t give any space for the fish to squirm under your hand and increase the risk of getting spiked. Keep a firm and enduring grasp on the catfish with your fingers well positioned on the fish’s body.

The spines of the catfish naturally extend when they are out of the water. Once stretched, they do not contract back! So be sure to maintain an appropriate distance while removing the hook from their mouths to avoid any risk of getting spiked.

Teeth Of The Catfish

The teeth of the catfish are relatively small and though they could break your skin are not much of a threat. Also, they don’t bite very often, especially when you hold them by the mouth!

Some Tips To Consider When Holding A Catfish

Catfishes though not very dangerous, do have spiky fins that can cause significant damage if you happen to get jabbed by one. Thus it is essential to handle them with utmost care and precaution.

With the methods mentioned above, you won’t need to fear about getting jabbed! For novice anglers, it is best to use protective cover while holding them. Also, don’t be afraid to hold the catfish by the mouth as they rarely bite!