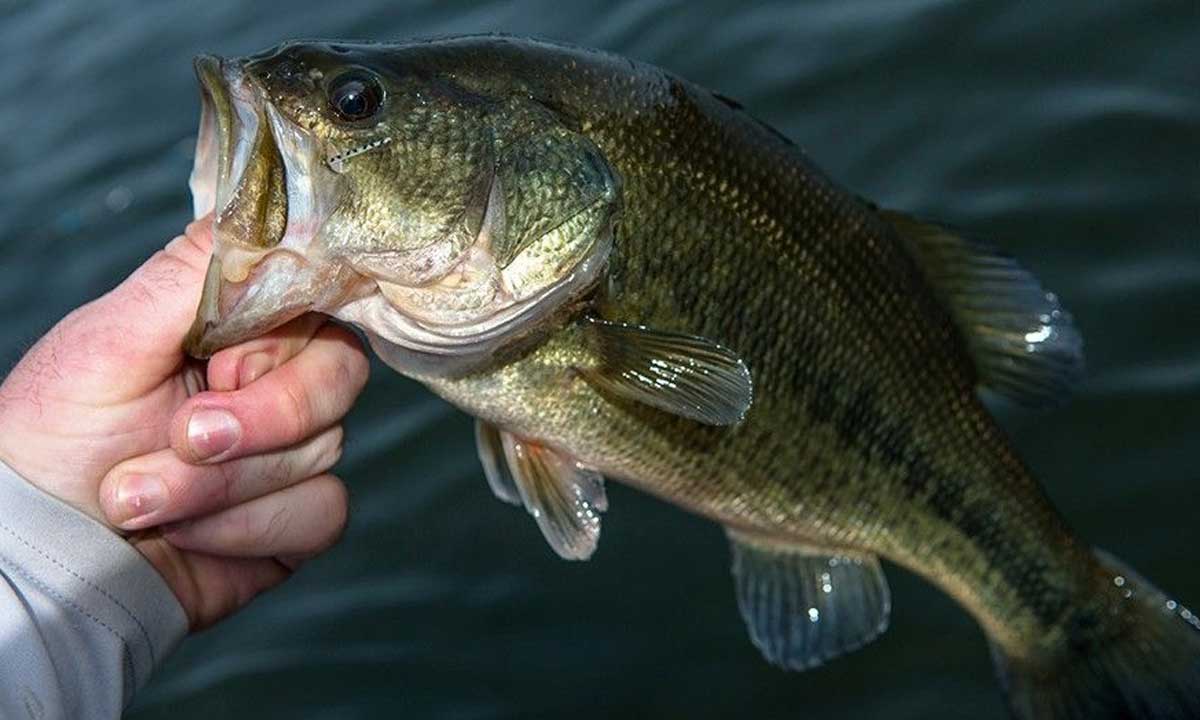 What does Largemouth bass eat? – Overview 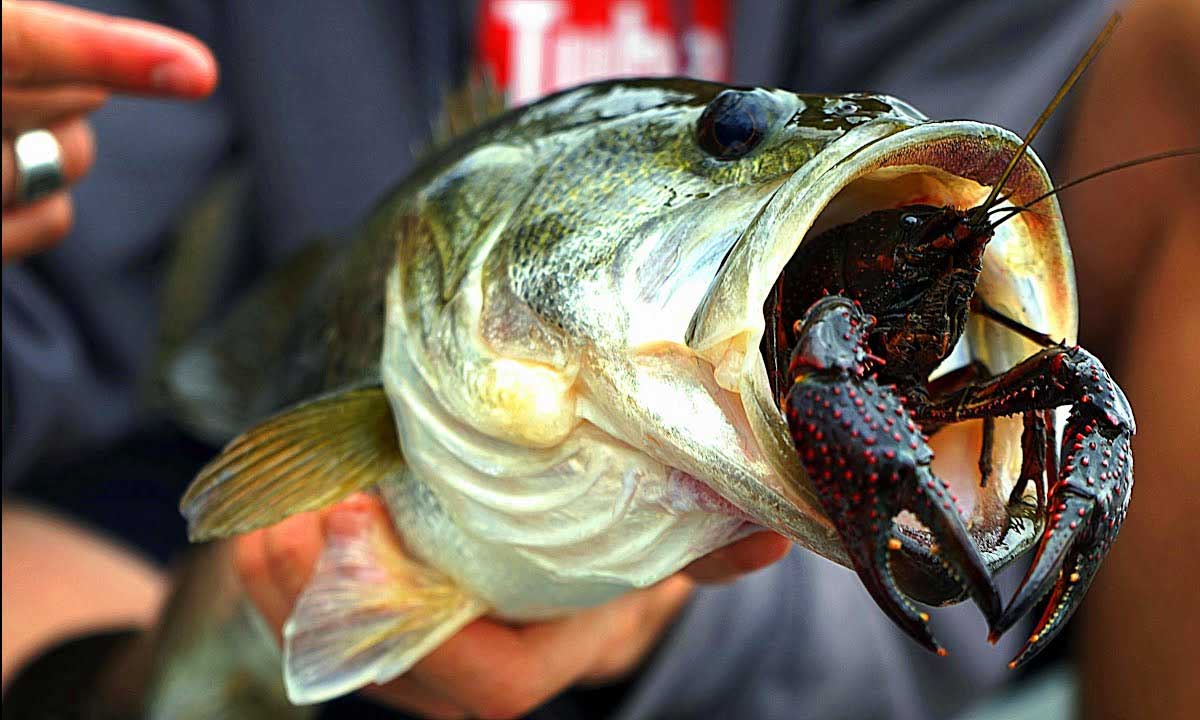 A question that every angler has asked themselves once is What does Largemouth bass eat? Well, it is better to know your prey’s diet as it improves the chances of catching them.

Catching a largemouth requires knowledge, patience, and sometimes even luck. Our article on What does largemouth bass eat will give answers and an overview to your question.

Before knowing about their food diet, you should have an insight into what kind of fish largemouth bass is.

You may like to read: Wacky Rig Guide – Best Types, How to Set Up and Fish with a Wacky Rig

Micropterus salmoides is the scientific name for largemouth bass. This bass is a carnivorous gamefish in the Centrarchidae (sunfish) family that lives in freshwater.

These are a species of black bass that is the native of the eastern and central united states, southeastern Canada, and northern Mexico. However, they are widely found in other countries as well.

This fish is known by other names in different countries, such as Widemouth bass, black bass, largies, Florida bass, and many more. The largemouth is the freshwater state fish of Florida and Alabama, while state fish of Mississipi and Georgia.

The Largemouth bass has olive-green to greenish-gray color scales marked by black or scars that form a jagged horizontal stripe on each flank. The upper jaw of this fish extends above the end margin of the orbit.

What Does Largemouth Bass Eat?

The largemouth’s eating behavior depends on their instinct. As the two primary goals are spawning and eating, so they don’t afford to pass on any kind of food. They will eat anything that moves and looks like food or fits their mouth due to their natural impulse.

The idea they eat anything that fits the mouth changes as they grow. Younger bass eats small aquatic forage as they have a small opening. But their target food changes with their growth, so they swallow eat whatever they can consume.

What does young largemouth bass eat?

As they grow, the food changes to bigger creatures such as worms, terrestrial insects, and leeches. When the bass reaches the length of 6”, they consume larger minnows, underwater insects, and more.

What does older largemouth bass eat?

By the time the largemouth bass reaches around 12”, they begin to eat small bluegill, shiners, suckers, shad, and others. Crayfish also includes in their diet by this point.

As the bass ranges about 3 to 4 pounds, they start consuming larger fish such as young bass, bluegill, adult shads, and more.

Largemouth diet according to seasonal variation 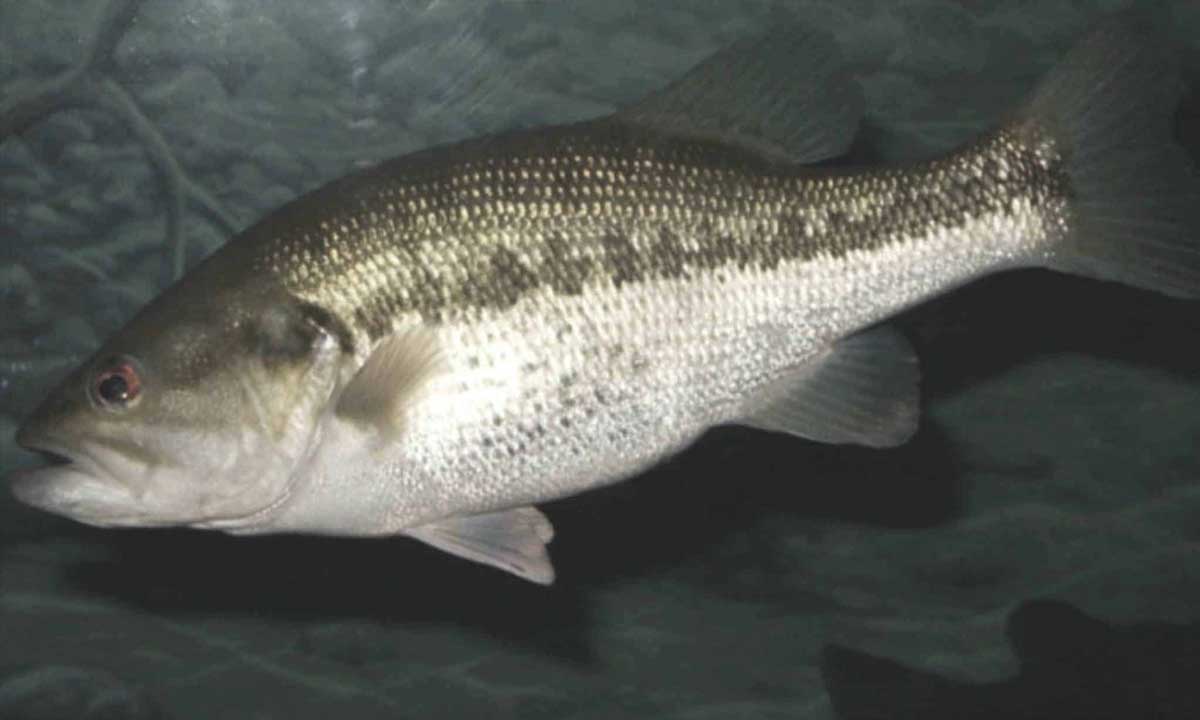 The diet of bass changes depending on the time of the year. Different season has different in their eating habits. As time changes, so do their mating and eating habits.

What does the bass consume in spring and summer?

The spawning season for bass can begin early spring, depending on the location of ponds, lakes, or rivers. However, the mating season starts later in the northern waters.

The largemouth bass have a pre-spawn phase as they move to the bedding area from the main lake. The fish heavily feeds on shad and crayfish as this time to gain nutrition before their fasting period.

During the fasting time, both males and females have no thought about food. Because the female stays in the nest, and the male patrols the nearby areas. They are so aggressive during this time; they strike on anything.

After the spawn in summer, they regain their appetite and begin to consume again.

What does the bass eat in Fall and Winter?

The bass continues eating even after the drop in temperature. They bring a surge in hunting activity during early fall to fatten up before winter. You can fish for bass during this time in the shallow water where they hunt their prey.

As winter arrives, the bass moves deeper into the water and begins feeding on shad. The best time of the day to catch bass during cold weather is in the warmer areas. 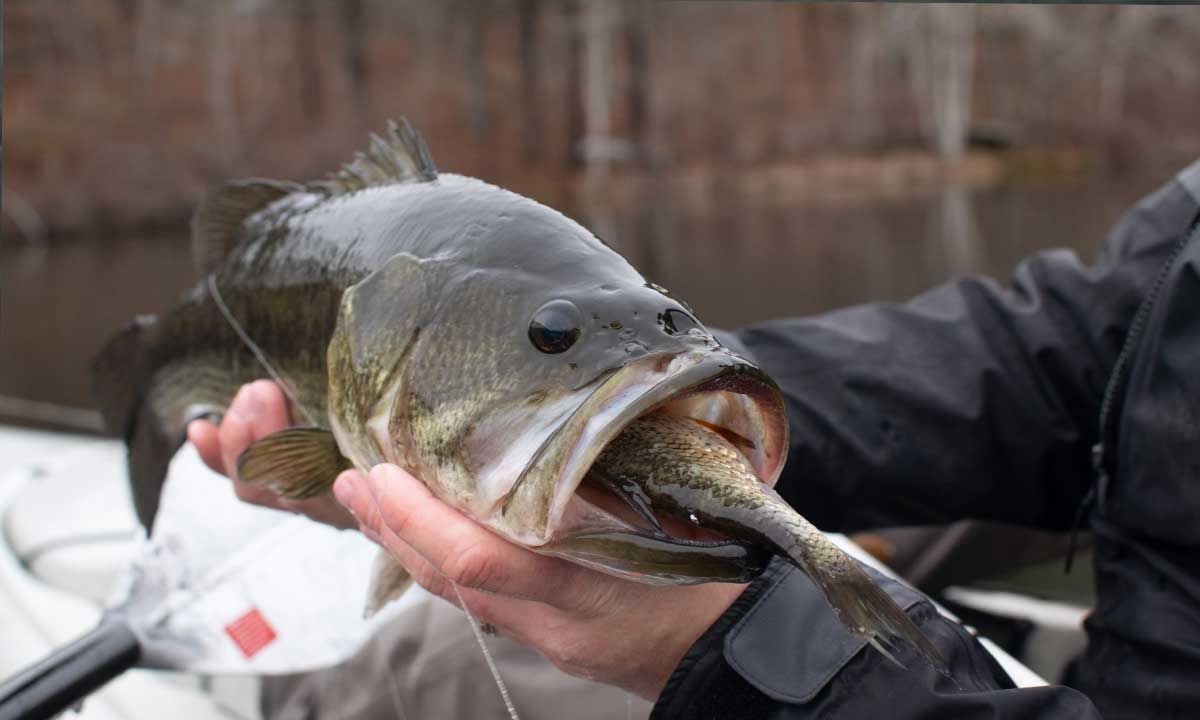 Overall, the largemouth bass will eat anything that swims in the bodies of the water and fits their mouth. Thus, this is why there are different kinds of lures, baits, and techniques to catch one.

Every angler has their theory and style to fish, so the best you can do is get on the water and learn yourself. Experience is the best teacher.