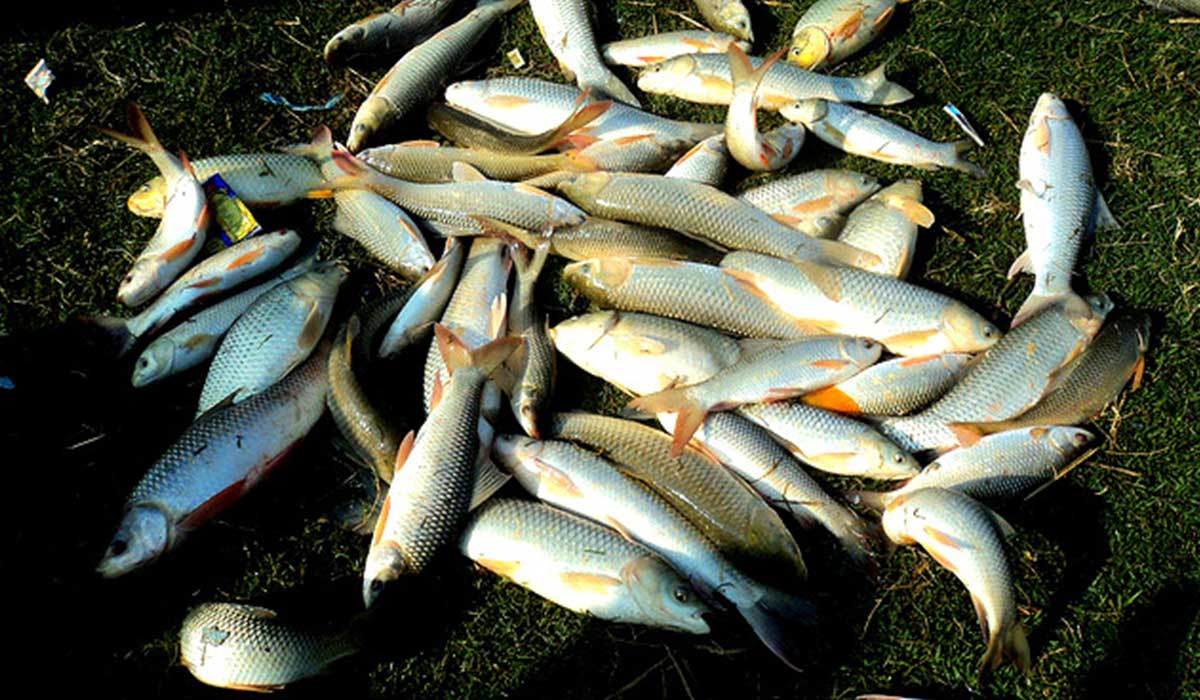 Himalayan water of Nepal is home to about 200 different fish species. Out of the total fish species in Nepal, 190 species are indigenous, and remaining are non-native i.e. exotic species. Well, this can make you think “ Does Nepal have enough water resources for such varieties of fishes”. If you don’t know the figures, there are around 6000 freshwater rivers flowing mainly from the foothills of Ice-lust mountains and 5358 pristine lakes around Nepal. Other than these two Nepal got many many more forms of surface water. Isn’t that enough?

A big yes for that. All of these water resources have provided a suitable natural setting for different fish species in Nepal. The most common types of fish species in Nepal are Silver carp, Grass Carp, Catla, Rohu, Catla, Rainbow trout. These common fishes But an interesting fact is still to be opened for you; that there are some species of fishes that can be found only in the waters of Nepal and nowhere else. Yes, you read it right, of that 190 indigenous fish species there are some habitats that are only found in Nepal.

The freshwater forms of Nepal are so untouched by the pollution and hence resulted in being the playground of some endemic fish species. Conditions of water are suitable enough to give shelter to these rare and unique species. This blog is all about those several endemic fishes of Nepal and their short intros. Let’s roll into the list of Rare fishes found only in Nepal. 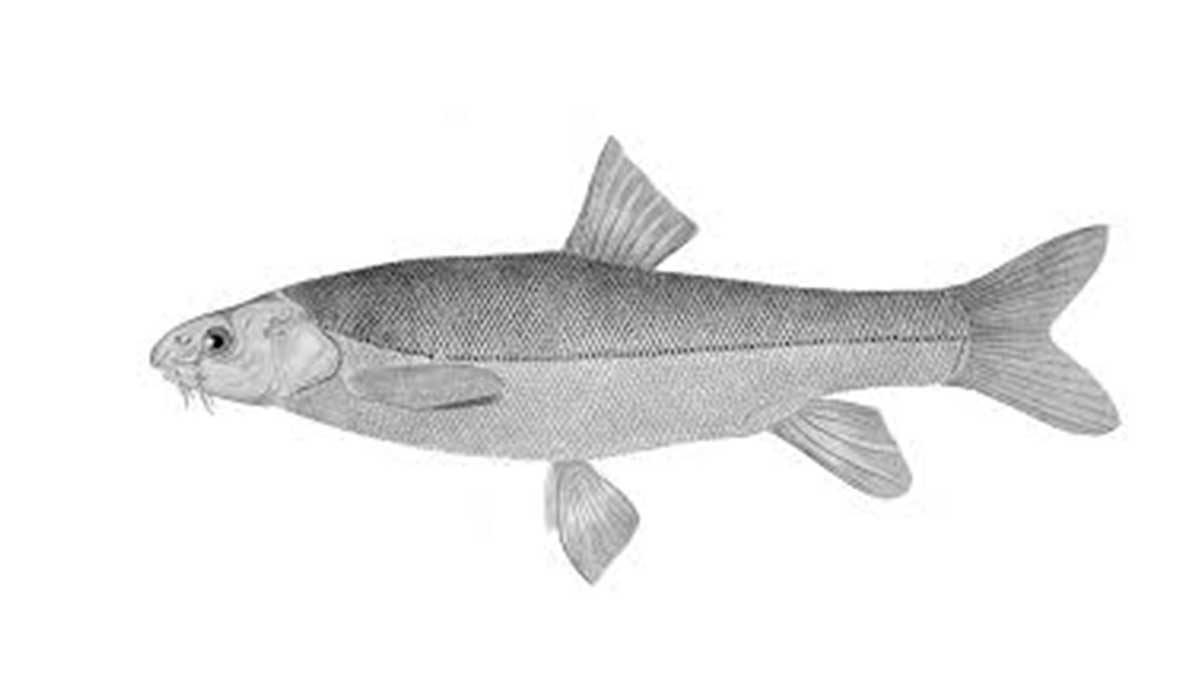 Better known as the Nepalese snow trout is a member of the cyprinid species. It is an epidemic fish of Nepal that is only found in Nepal. More specifically, this Snowtrout lives in the freshwater of Rara Lake, Mugu, Nepal, and nowhere else. The first-ever catch of Schizothorax Macrophthalmus was in 1979. This unique species likes Minute Arthropods as their feed. Nepalese snow trout reproduction process takes place at the shallow water parts very close to beaches and small streams. And they breed throughout May until the last-September.

Tike Asla or Schizothorax nepalensis is another endemic fish of Nepal and Rara Lake. Just like the first one, this can be found only in the pristine water of Rara Lake of the Mugu district of Nepal. The feeding and reproduction process of Tikhe Asla is identical to the Nepalese snow trout.

“Rara Snow Trout” is yet another strictly indigenous fish species in Nepal that is found in Nepal’s Rara Lake only. It mainly lives in the littoral zones of Rara Lake. They rely on the Amphipods and various larva stage insects for their feeding habit. The number of Rara snow trout starts multiplying around mid-May and this action takes place very near to the sand-bottom area of Lake.

Psilorhynchus Pseudechenesis, best-known as Stone carp is found almost everywhere around the rivers of mid-hills of Nepal. However, migrated stone carps are also found in the rivers of India. This fish species likes to strive through the rapid and cold Himalayan rivers. Living in the torrential streams for so long, this type of fish has accustomed to fast flows and evolved a lot. They have transverse folds around its body which makes them stick to stones even in such rapid rivers. Because of that, their habitat is around the surface of rocks.

Regularly found in rivers of Mugu and Myagdi districts of Nepal, Stone catfish is an indigenous catfish of Nepal. This fish is habitat to swift-flowing rivers of Himalayan and hilly areas. It likes to stay around the underneath of rock and stones and feeds various aquatic insects. Nymph, stonefly, and other larva-stage insects are favorite feeds of Stone catfish.

This species is indigenous to the rivers of eastern-Nepal plainland areas like Saptari and Sunsari. It habitats around the mud and sand areas of the Koshi river(one of the major rivers of Nepal). The Koshi river flows through Indian lands and Batasio macronotus can be found there.

This water living is local to eastern parts of Nepal like Jhapa, Udayapur, and nowhere else. Udayapur and Jhapa are the lowlands where rivers arrive after flowing through hills and mountains. Thus, this fish is only habitual to the swiftly-flowing lowland rivers of Eastern Nepal around their pebble areas.

Erethistoids cavatura is one more fish species in Nepal that is indigenous to the Nepali water surface only. The distribution of this species is around the plainland rivers of Central Nepal. The popular places of Nepal to catch or observe Erethistoids Cavatura are Dungre Khola, Narayani river, and Buri river. This fish likes to stay in the gravel and pebble layers of rivers that have around 20°C temperature.

It is only found in the Kali Gandaki river of Nepal and its tributaries. Psilorhynchus nepalansis is liveable in the rivers that are freshwater, tropical, and flown from hilly areas. Tanahun district of Nepal is the main distribution of this living being.

It is another habitat that lives in the waters of Tanahun, Nepal. Pseudechenesis eddi is completely different from the Psilorhynchus nepalansis but these both live under the same conditions. It can be found in the swift-water hilly rivers near rocky substrate areas.

Last but not least epidemic fish of Nepal is Pseudechenesis seracula which is found in the various areas of Nepal. This is only a kind of epidemic fish species in Nepal which is habitat to different parts not just one region. Bajura, Kanchanpur of Western Nepal and Gulmi, Tanahun of eastern Nepal. The unique feature of this species is it can live in the higher parts and also in the lowlands. That is, it can survive well in the rivers where they can get shallow riffles around the pebble substrate to live.